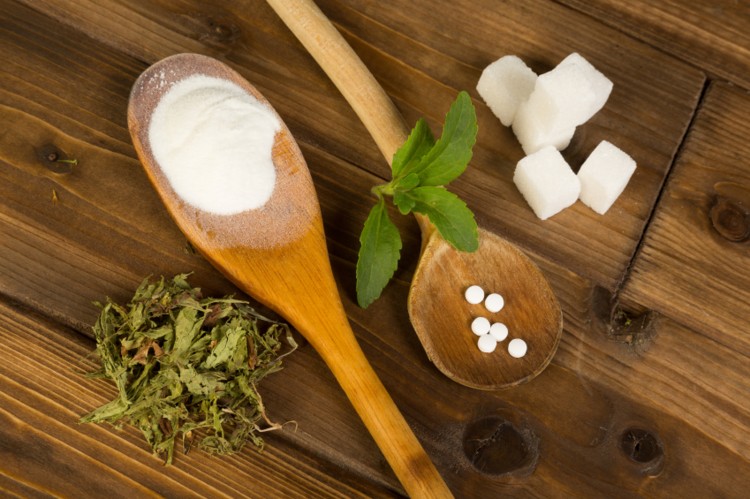 PureCircle is a nutritional supplement company that sells a wide range of proprietary stevia-based sweeteners. It’s the world’s largest producer of high-purity stevia ingredients. Find out everything you need to know about PureCircle Stevia today in our review.

PureCircle is a nutritional supplement manufacturer that manufactures and distributes various stevia formulas to food and beverage manufacturers around the world – including industry giants like Coca-Cola.

The company was founded in 2001 and is publically traded on the London Stock Exchange under the symbol PURE. PureCircle maintains its headquarters in Bandar Enstek, Malaysia.

Over the years, PureCircle has grown to become one of the world’s largest producers of stevia formulas. The company sells its formulas to food and beverage companies. These companies then add the sweeteners to various supplements and foods. PureCircle does not sell stevia formulas directly to consumers. So if you’re reading this looking for a new way to buy stevia sweetener, then PureCircle is not the right choice for you.

The company earned $101.1 million in revenue in 2014. PureCircle maintains stevia production facilities around the world, including Asia, Africa, and North and South America.

You may have heard about PureCircle recently. The company just made headlines for its new partnership with Coca-Cola. That partnership was announced in 2012 and by 2013, PureCircle had told the world it was providing a new “high-purity sweetener” called Rebaudioside M (Reb M). Coca-Cola started using Reb M in certain soft drinks, including Coca-Cola Life, starting in 2014.

Reb M was the first stevia formula created by PureCircle. The company’s original product now plays a key role in beverages sold around the world.

PureCircle is a big deal in the stevia industry. They’re one of the world’s largest manufacturers of stevia – if not the largest. According to a recent press release, PureCircle is “the leading global producer and marketer of high-quality stevia products”.

The company has also won awards over the years for its commitment to sustainability, social responsibility, and innovation. In January, 2015, PureCircle released the stevia industry’s first comprehensive sustainability report.

As PureCircle explains on their official website, “Stevia is all we do.”

With all that in mind, let’s talk about the various stevia products sold by PureCircle.

Stevia is a small leaf that grows naturally in tropical climates across the world. The official name of the plant is Stevia rebaudiana, and the actual sweetening compound comes from the leaves of that plant.

PureCircle is a vertically integrated company that maintains stevia growing operations around the world. The company claims that this allows them to experiment with different stevia strains in order to achieve the best results.

Stevia has been hugely popular in recent years, but it’s actually been around for decades. The Japanese have used stevia as a sweetener since the 1980s, for example. The United States actually banned stevia in the early 1990s, as did the EU. The United States relaxed its regulations in 2008, while the European Union approved stevia additives in 2011.

Today, stevia use is rising around the world as customers start turning away from artificial sweeteners like aspartame.

PureCircle sells 14 different stevia sweeteners and flavors. Its products are separated into five different “families”, including:

PureCircle claims this family is ideal for complex flavor systems that require moderate sugar reductions. It’s the most economic option in the PureCircle family and “works well across all categories and flavor systems.”

This is the original PureCircle ingredient. Reb A has been making headlines lately for its use in Coca-Cola products, including Coca-Cola Life. The sweetener delivers upfront sweetness and is ideal for foods and beverages that require “moderate to deep reductions.”

This family adds different flavors to Stevia formulas, including everything from tropical fruit flavors to “earthy flavor notes”. Food and beverage manufacturers are advised to use these flavors to “enhance sensory attributes of a product’s sweetener system such as upfront sweetness, a more rounded sweetness profile and reduction in bitter or linger.”

The Delta Family is used in formulas that require deep sugar reductions. It has a clean taste profile and steep sweetness curve.

The Alpha Family has a clean taste without the bitter and sour notes sometimes attributed to stevia formulas. It’s used in foods and beverages that require moderate sugar reductions, especially those with delicate flavor systems.

PureCircle doesn’t sell its products direct to consumers. It sells stevia formulas to food and beverage manufacturers, including Coca-Cola.